The Sleepwalkers (Imitation and Intuition) 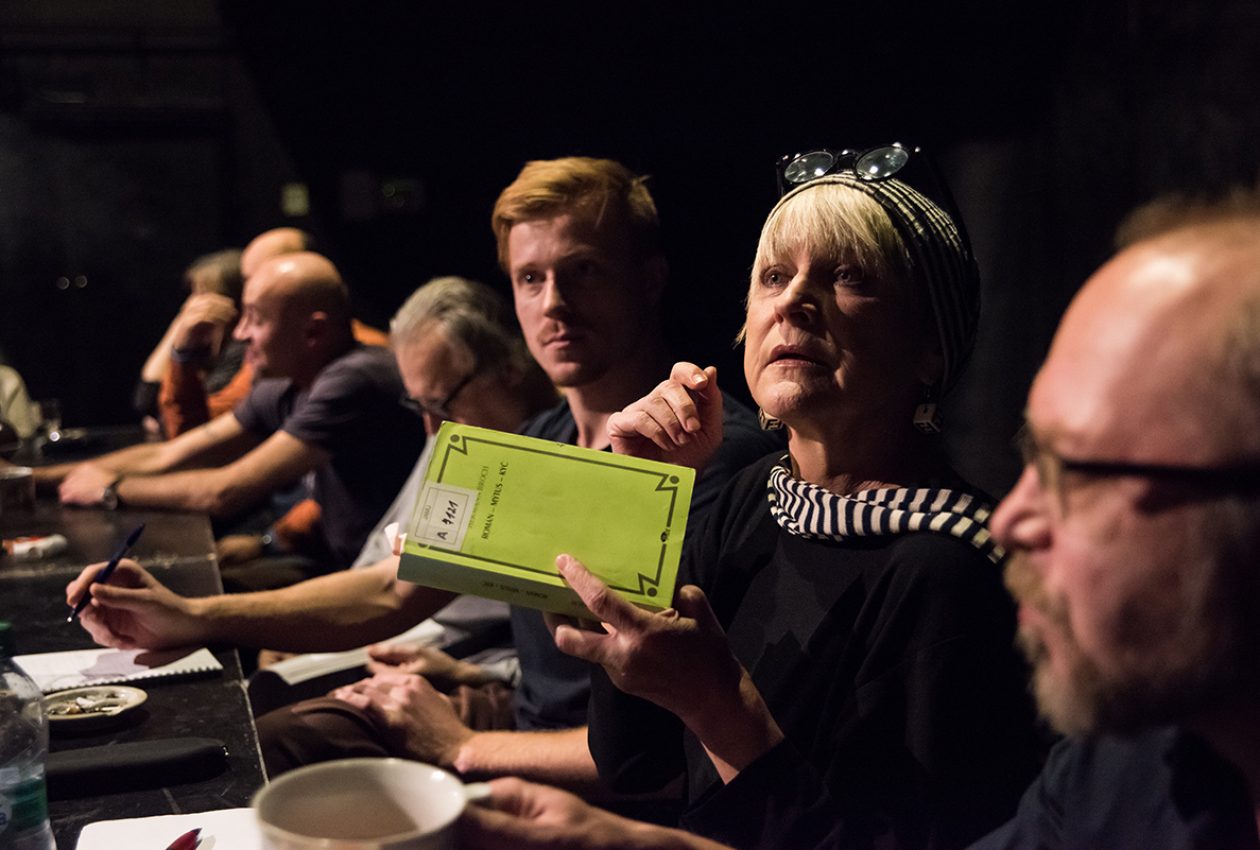 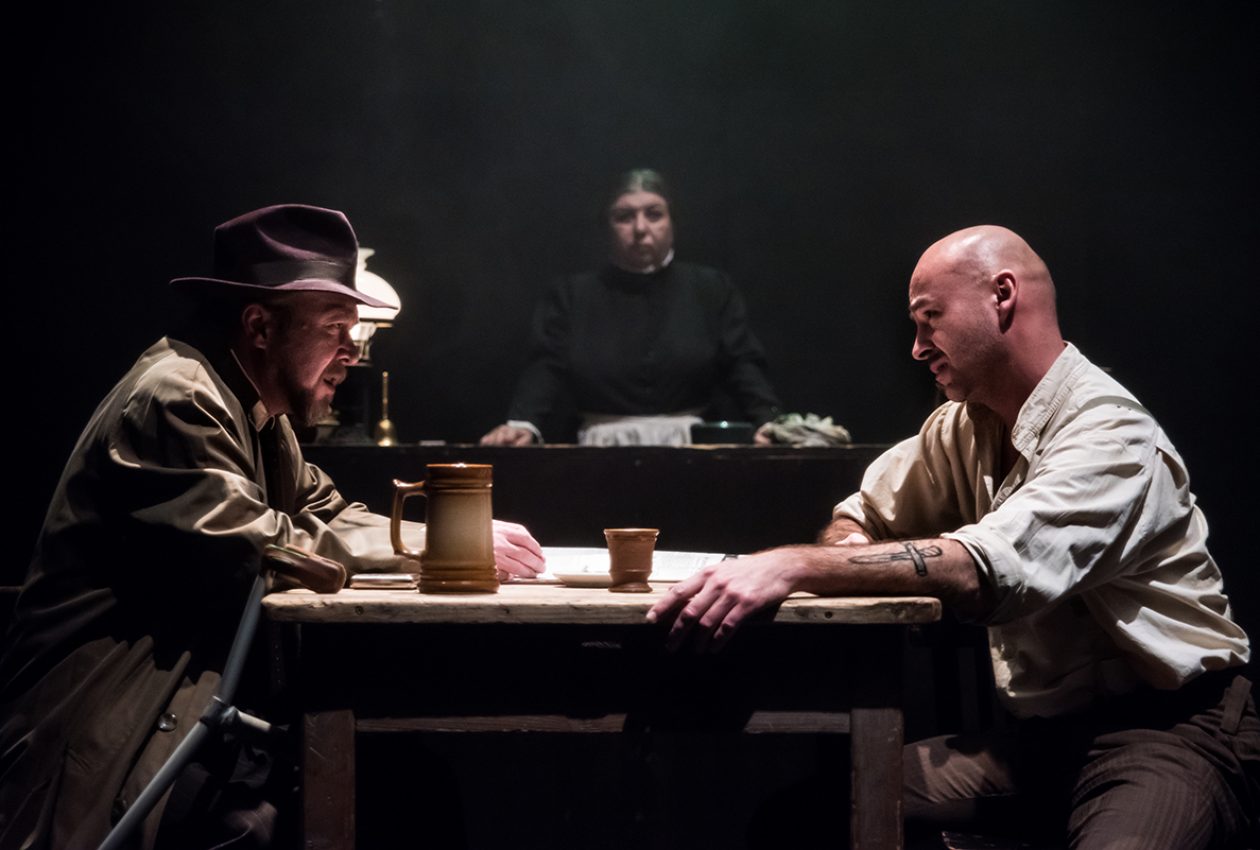 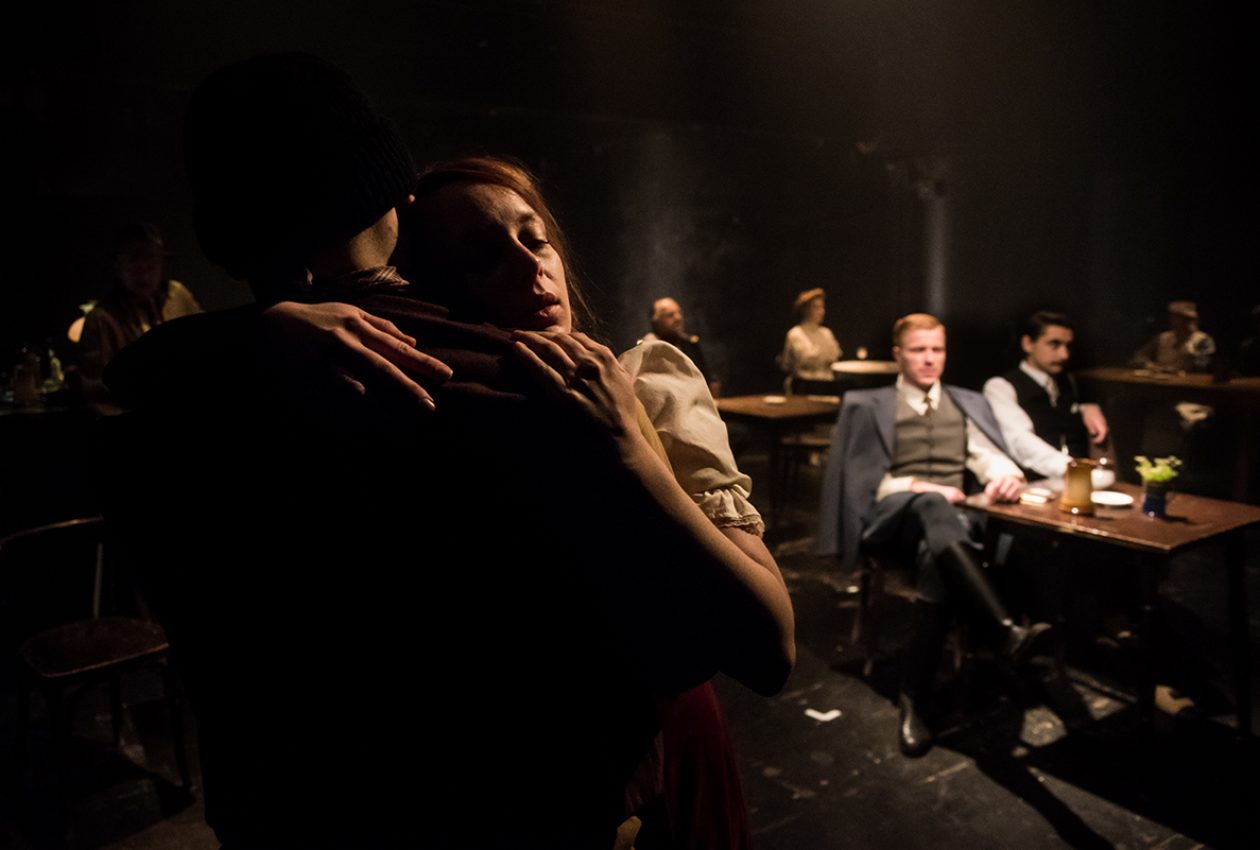 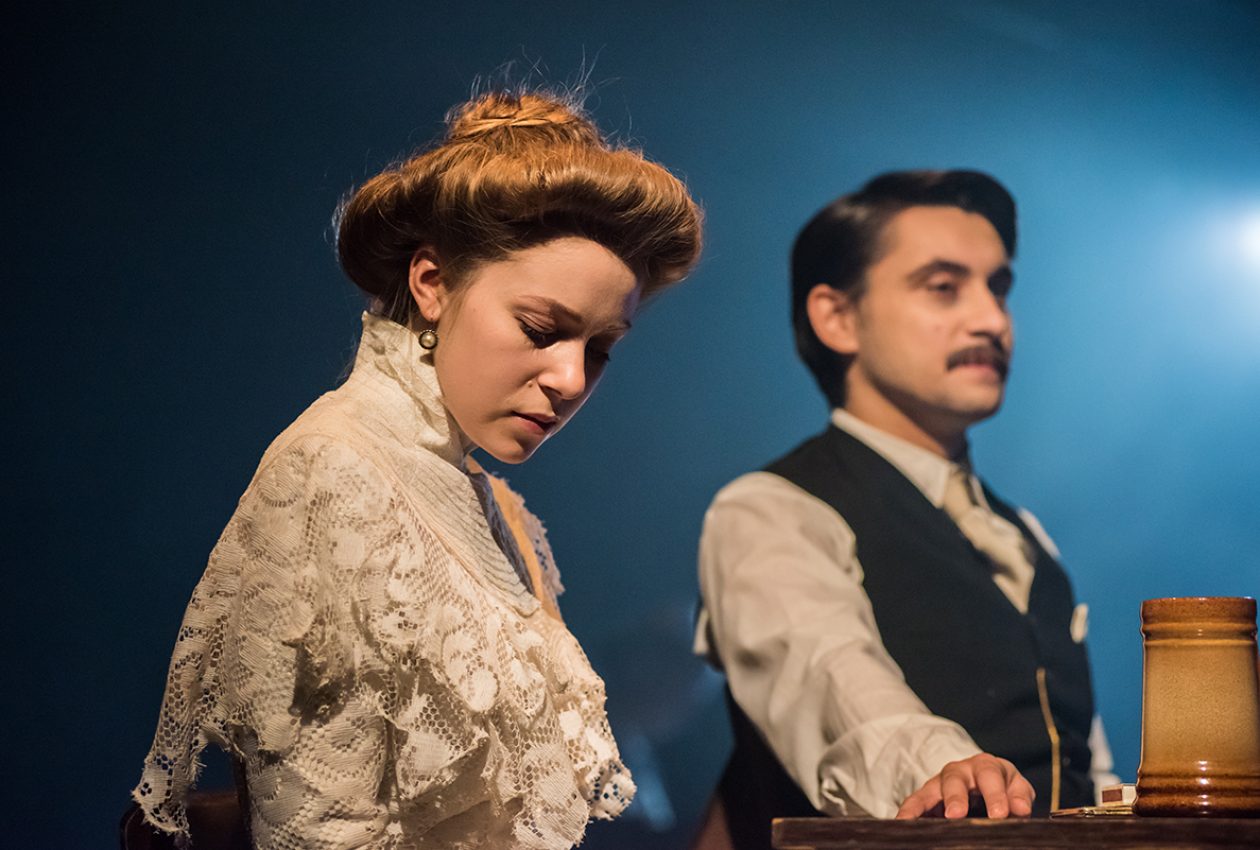 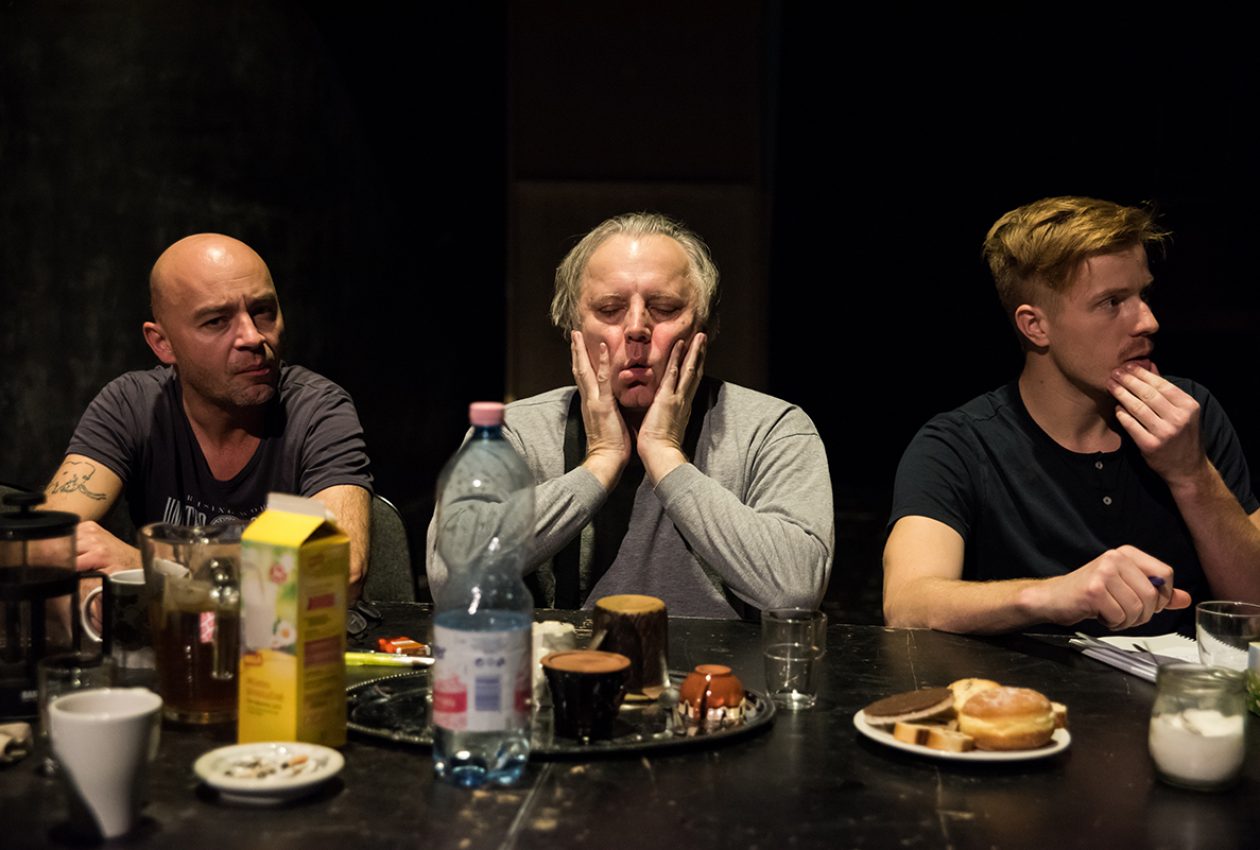 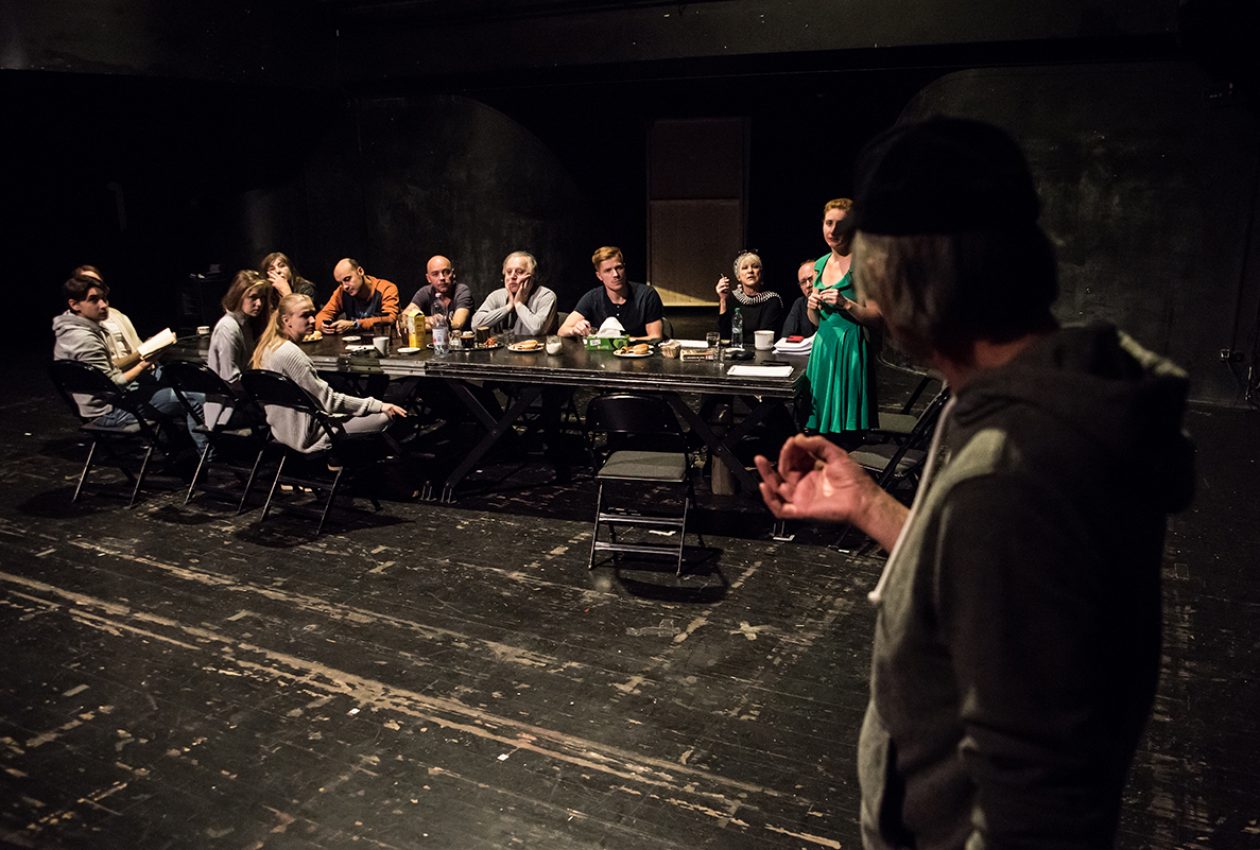 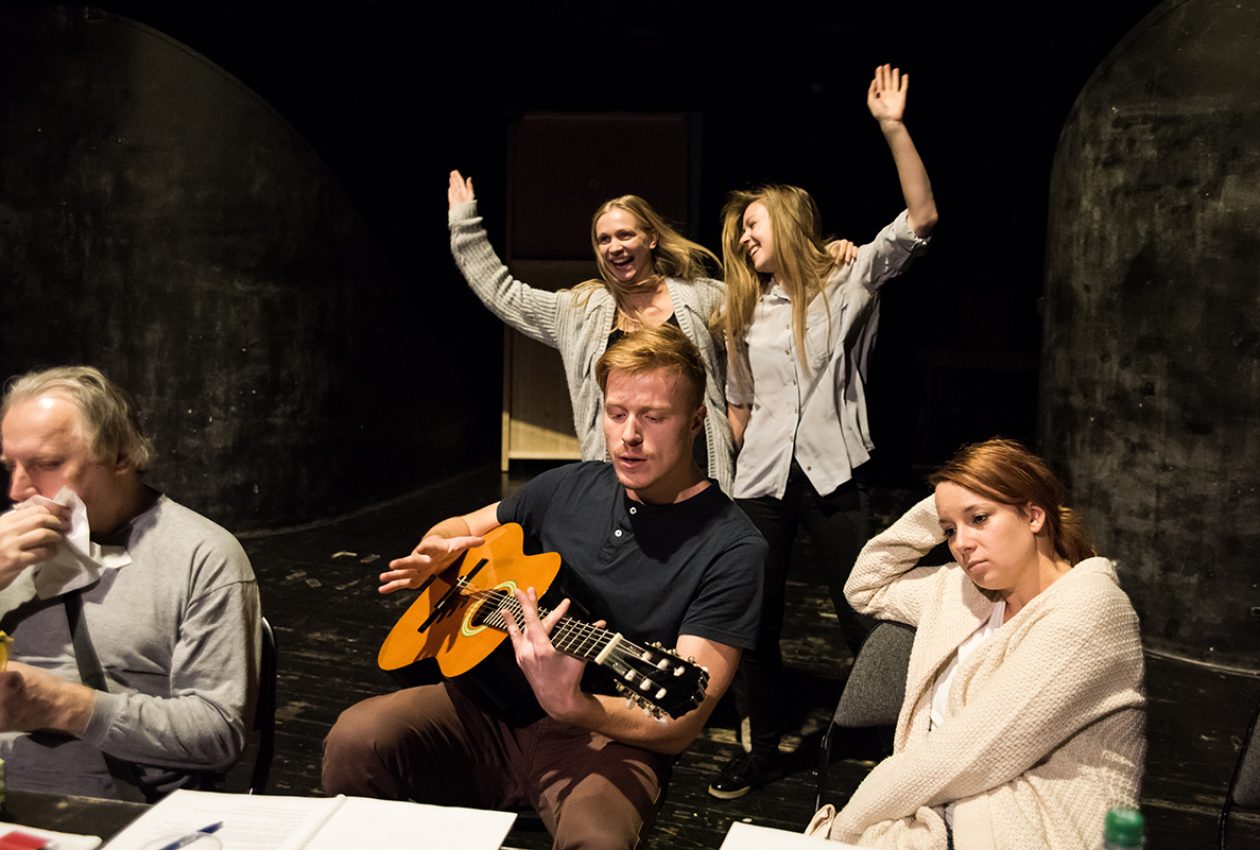 “Are we mad because we haven’t gone mad yet?”

Pasenow or romanticism, Esch or anarchy, Huguenau or matter-of-factness. A list of “sleepwalkers” wandering between fanaticism and nihilism, written in the value vacuum of interwar Germany.

The legendary novel by European modernist Hermann Broch creates a uniquely provocative, closed system. A radical concept of art as help instead of art as a passive consumerism of beauty. The contemporary of Musil, Kafka, Joyce and Canetti and the inspiration for Milan Kundera embarks on a discourse on the birth of kitsch as a desire for unambiguity, kitsch as the beginning of contemporary evil. A world threatened by the scenery!

In the radical adaptation by Ivan Buraj, we see on stage the sleepwalkers’ bar named U Brocha (Broch’s Bar), where it is too late for anything and yet it is not over yet. The bar’s regulars constitute a list of times that desperately await a saviour. But how to tell a Christ from an Antichrist? Brno’s ‘alternative’ actors are sitting at the first rehearsal and along comes German director Hans Buch promising art. But all we want is security! Does it exist? Is our time complicated or is it complicated by intellectuals? Do we need crises? See through the eyes of Broch! Get to the crux of the matter. Feel the walls of our reality. See the horizon of the possible. Something’s got to happen!

This production was awarded the Project of the Year by the 2017 Next Wave Festival. It was also nominated for the 2017 Josef Balvín Award and proclaimed ‘success of the month’ by Divadelní noviny.

Someone in the corner