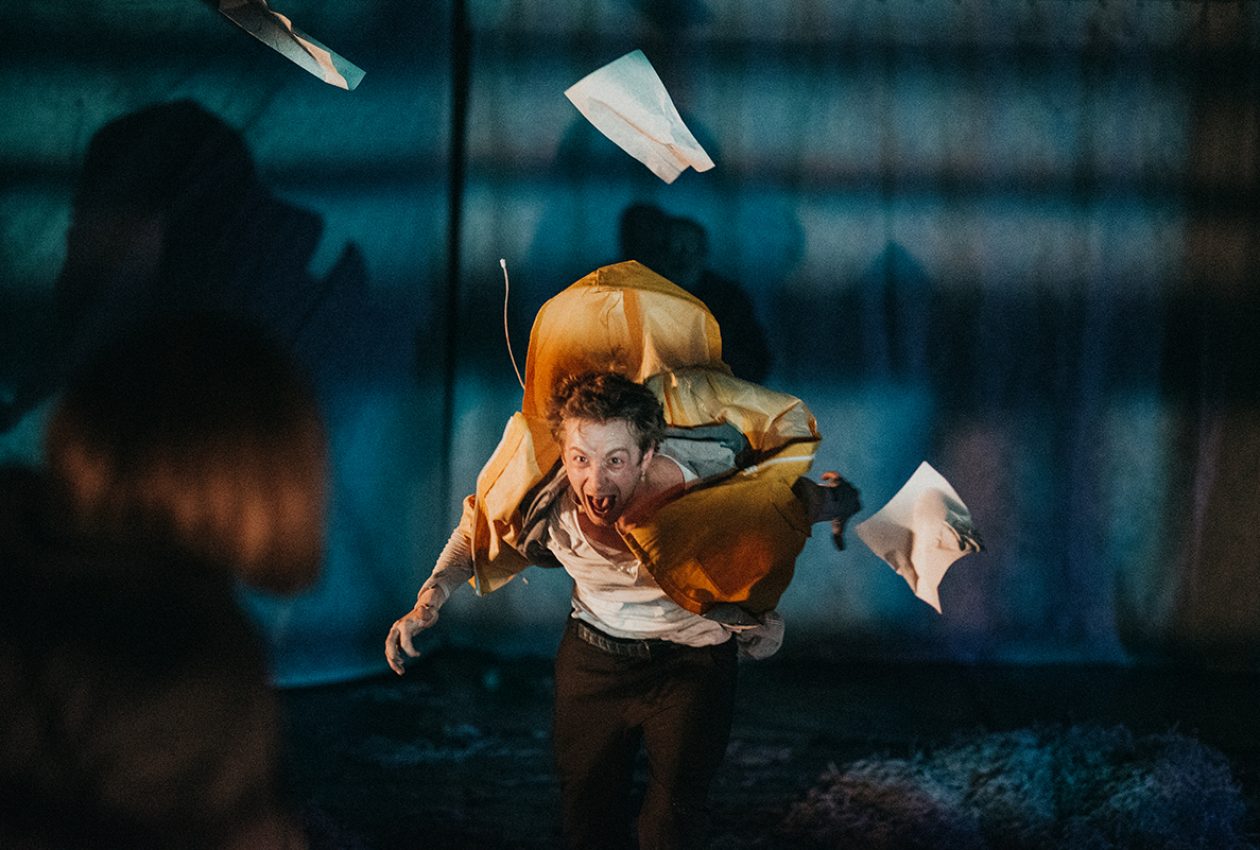 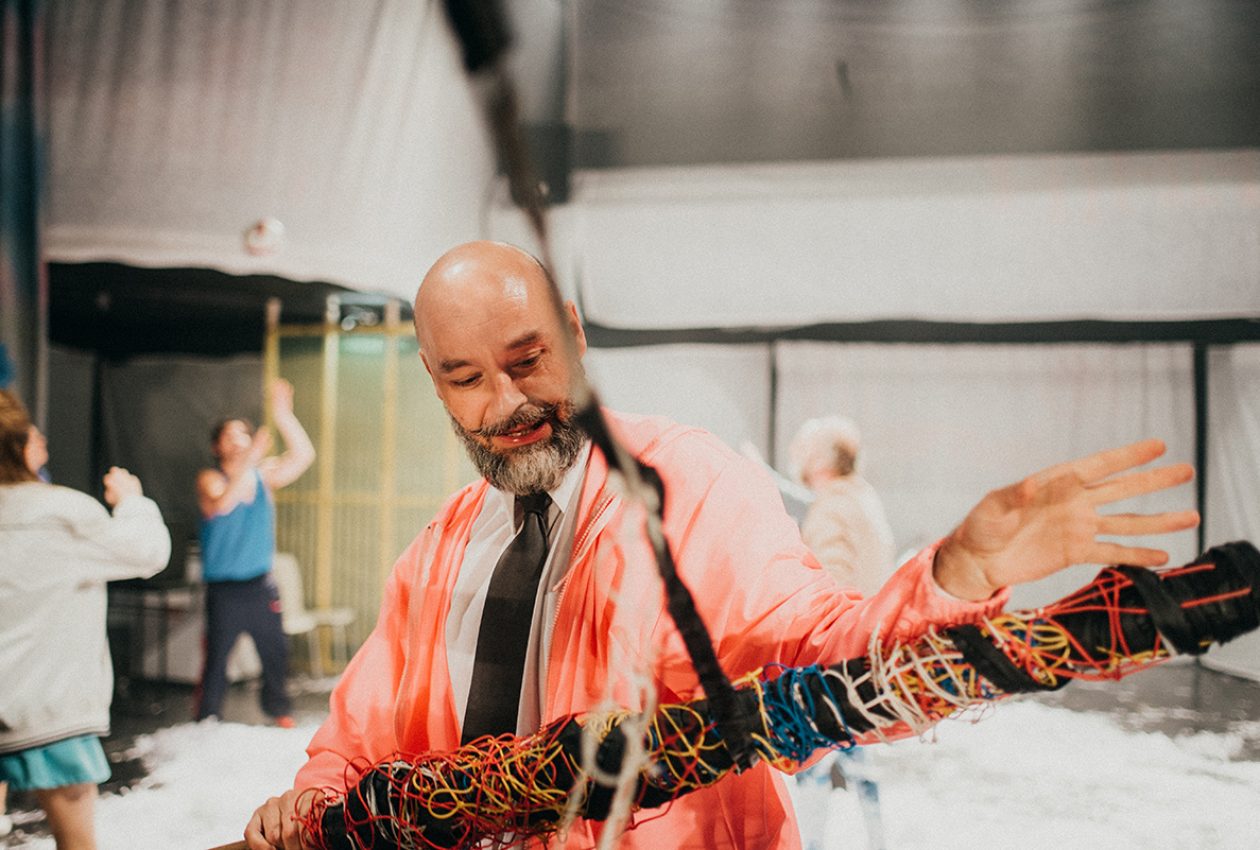 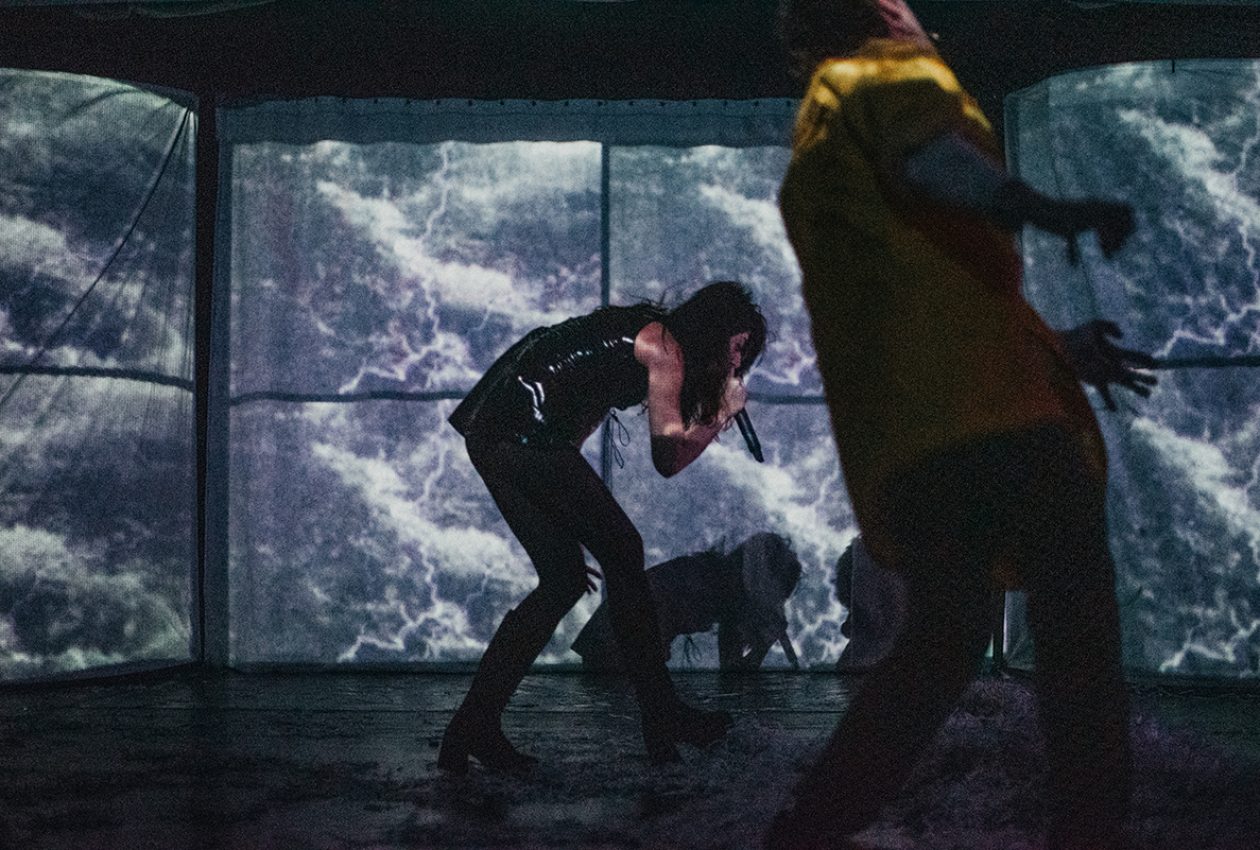 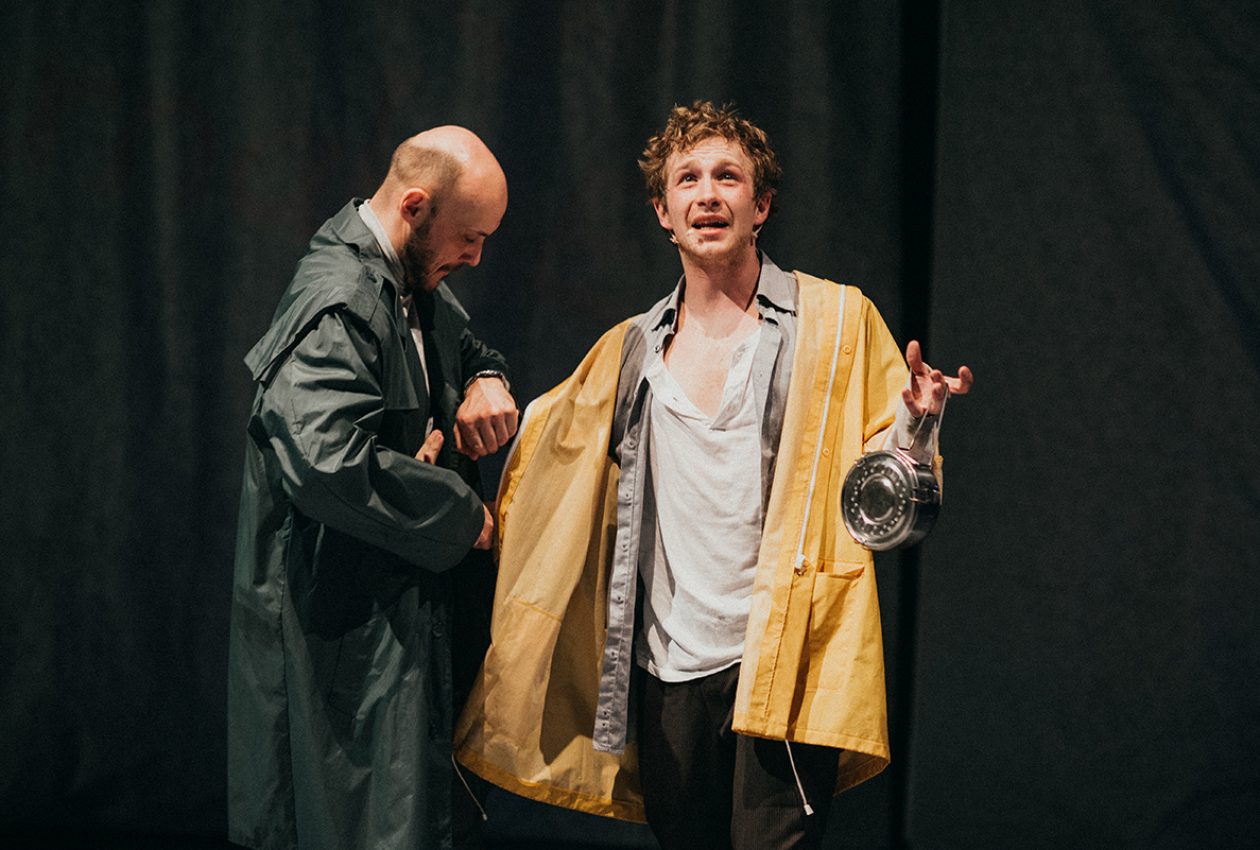 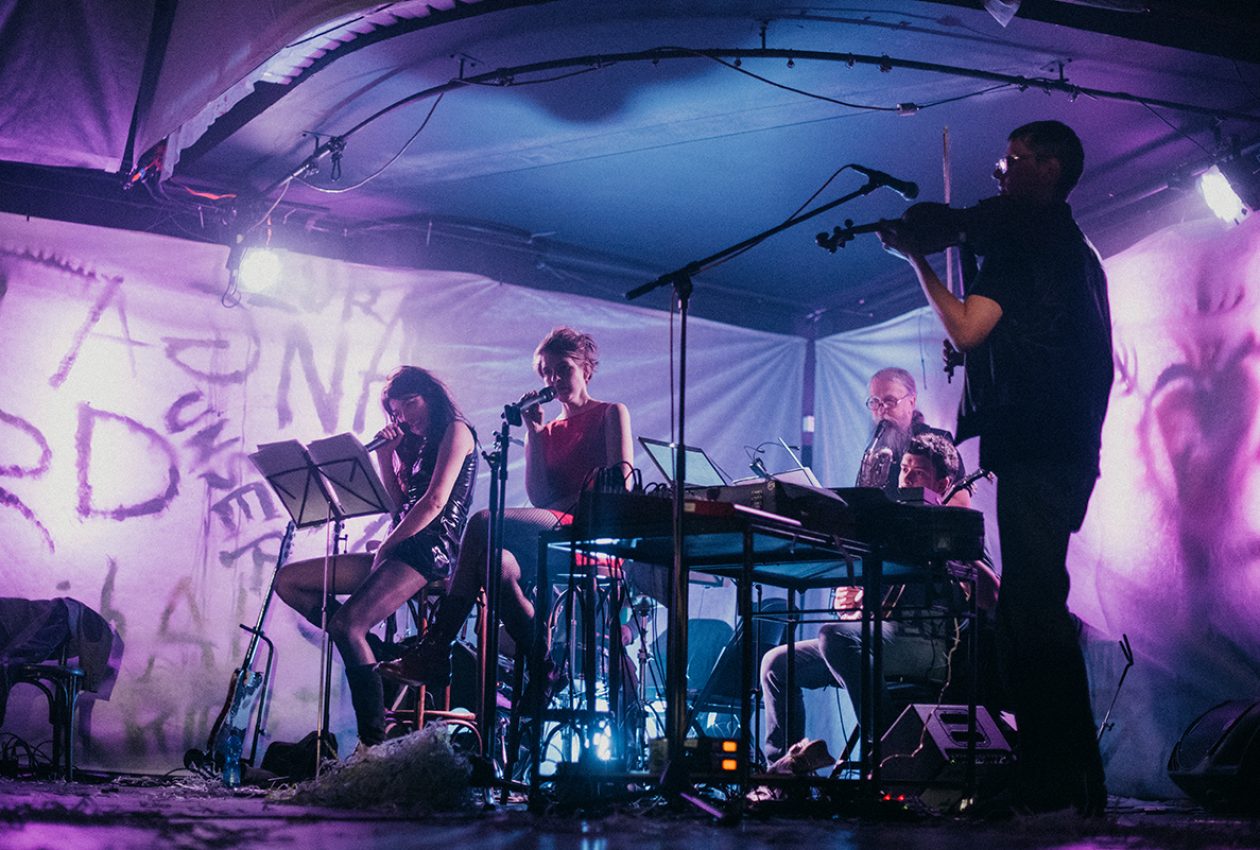 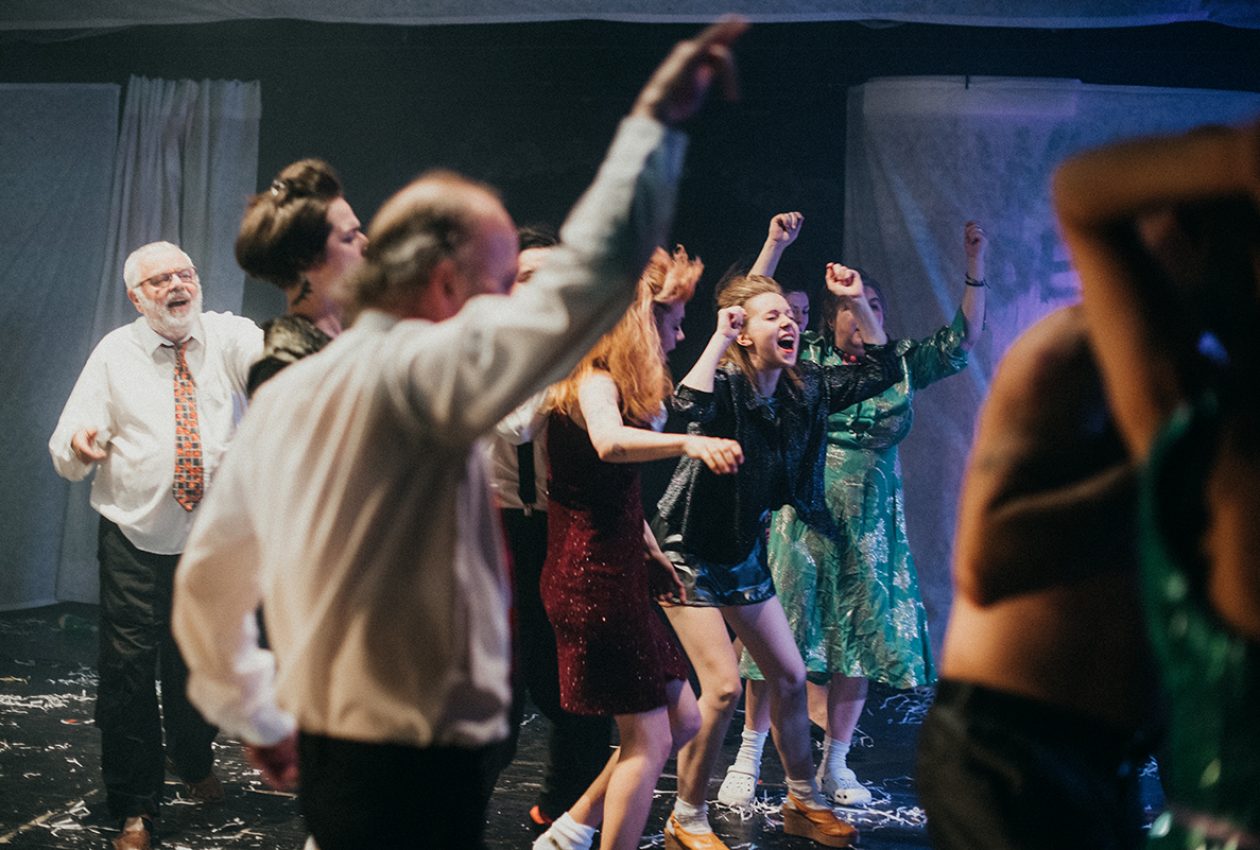 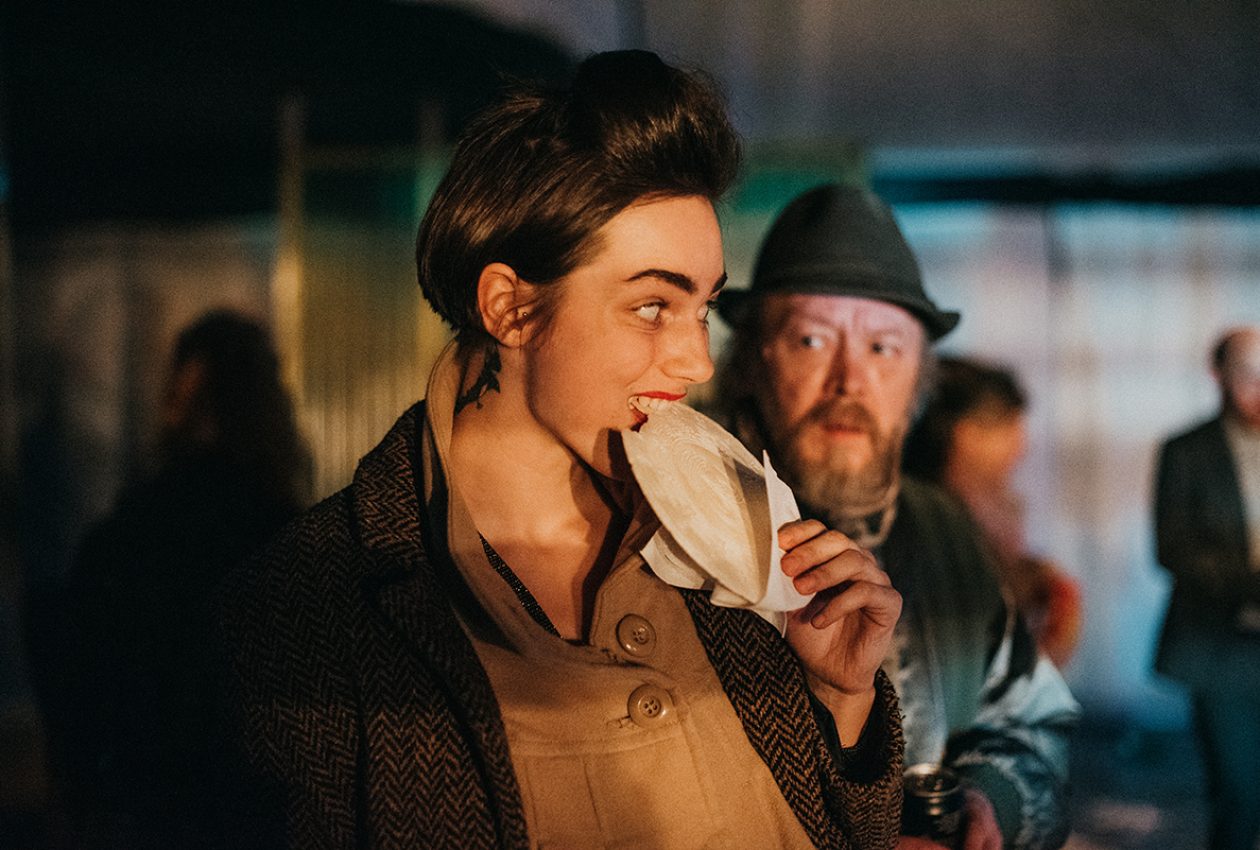 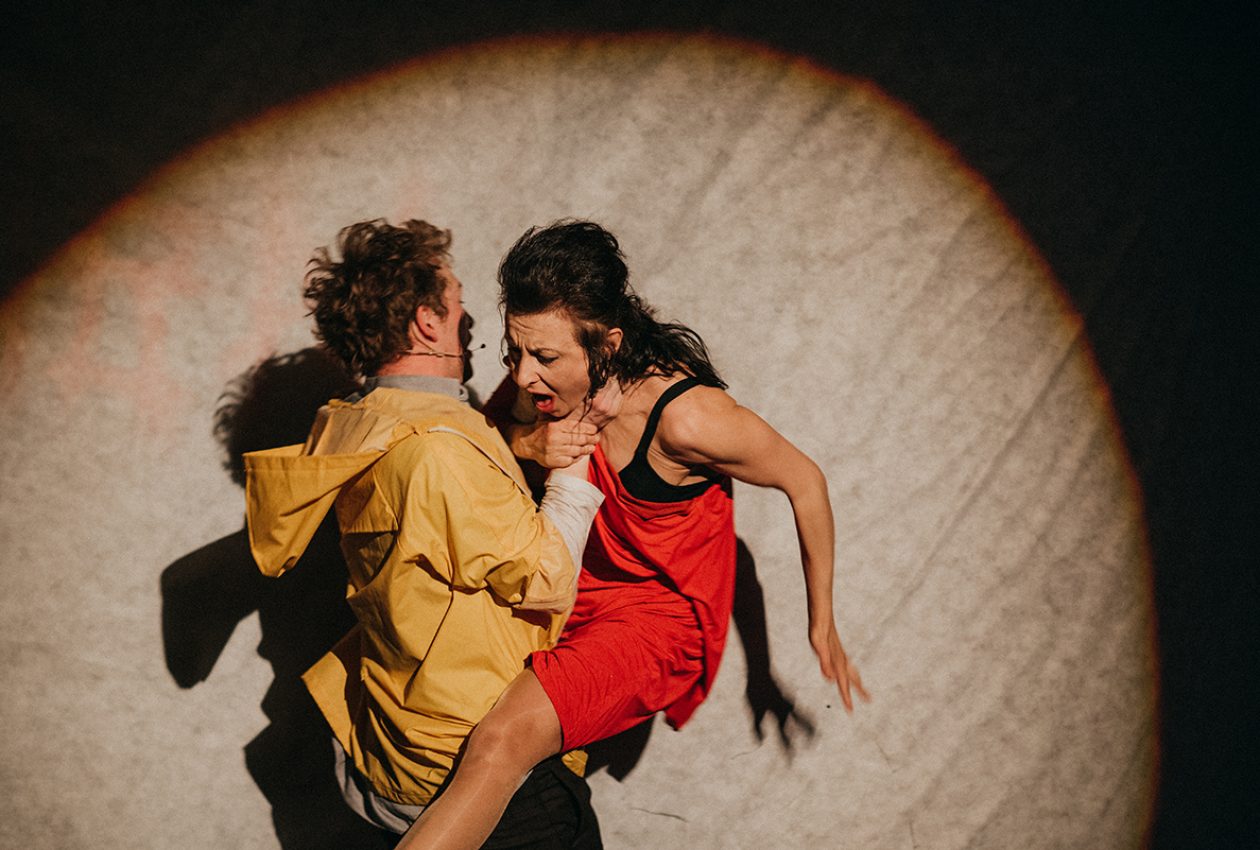 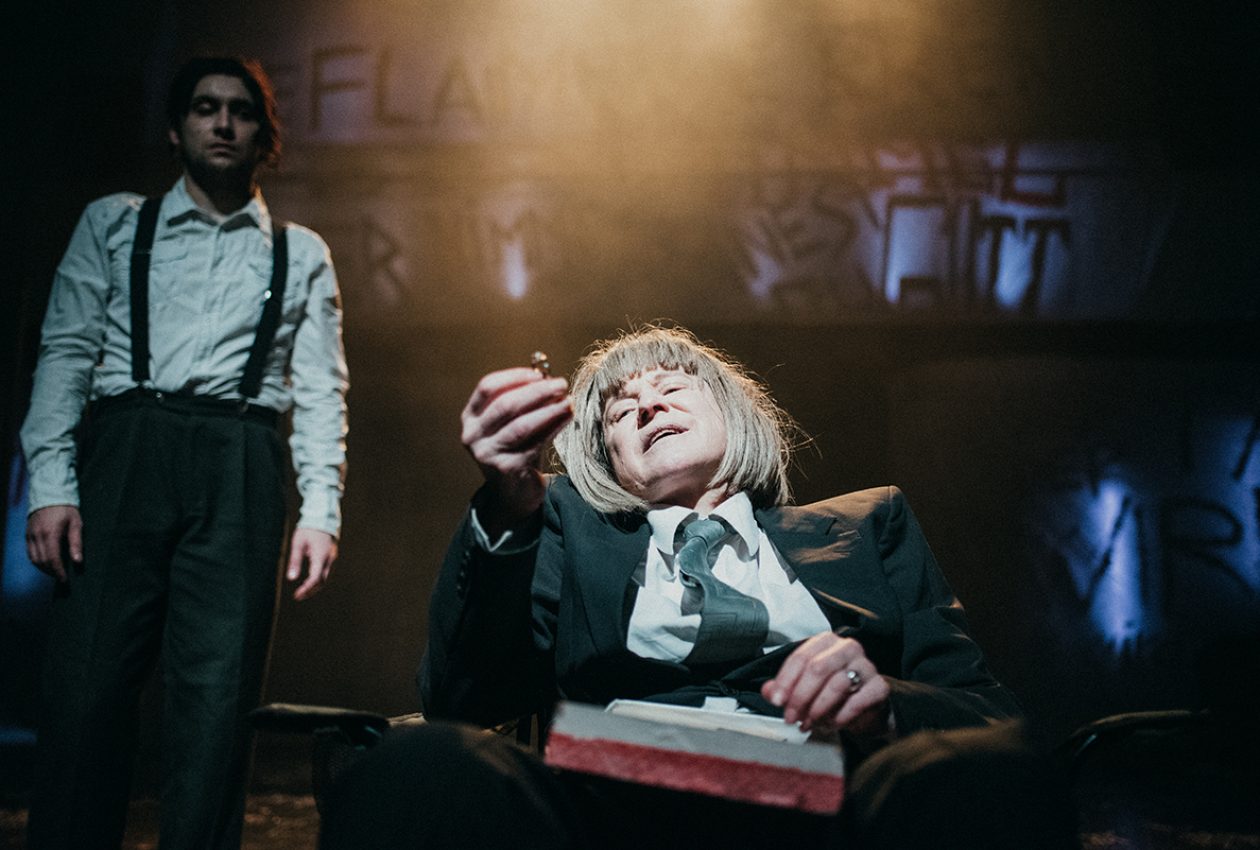 On 3 June 1821, Johann Christian Woyzeck, the son of a wig maker and a poor soldier, stabbed his common-law wife and mother of his newly born son. He was executed in 1824 in the main square in Leipzig. Was he sane? Was he (himself) to blame? A volatile individual in conflict with his environment. A question of time.

Woyzeck as a symbol of the modern tragedy of a cynical world with unyielding pressures. A man torn three ways and the borders of work. Nothing has changed… and it was two hundred years ago! Woyzeck’s tempo: From duties to shopping. Line-up, march. Off to the circus. Shave. From the governor’s house back home to Marie. The child is hungry, Woyzeck tends to him. Woyzeck’s body drains of strength in a medical experiment (a diet of peas!). Is there any possibility of escape? Somewhere else, beyond the realm of hard reality? Hallucination or death! Or by redemption? Do we get to choose?

In Miroslav Bambušek’s production, Tomáš Vtípil’s music is a key dramatic element, as sounds work as the resonator of paralyzed states of the (anti) heroes and their inner distress. And their hope. A schizophrenic opera. A Czech-German reminder of Büchner’s timeless dramatic fragment.

Tomáš Vtípil was awarded the title of Person of the Year at the 2019 Next Wave Festival for his music for the production. The production was nominated for the 2019 Divadelní noviny Award in the category of alternative theatre.