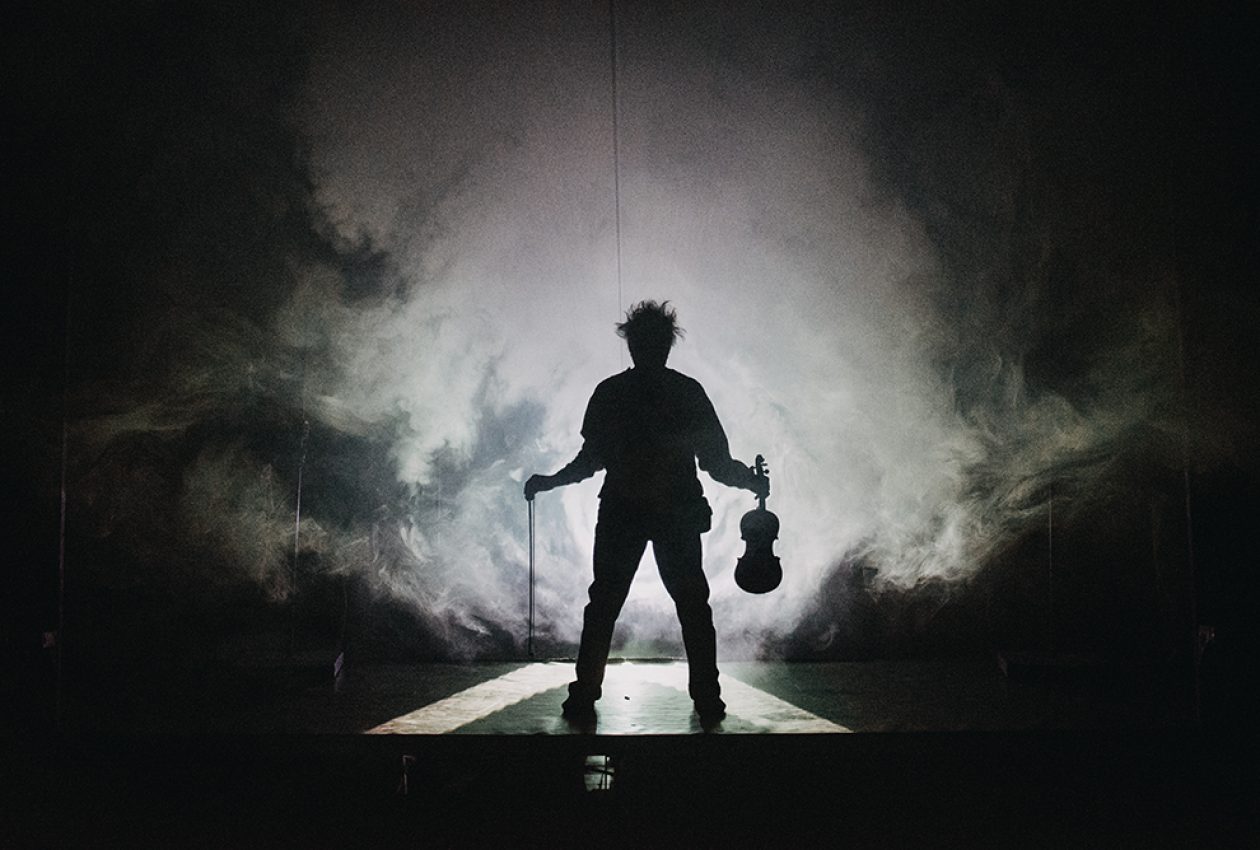 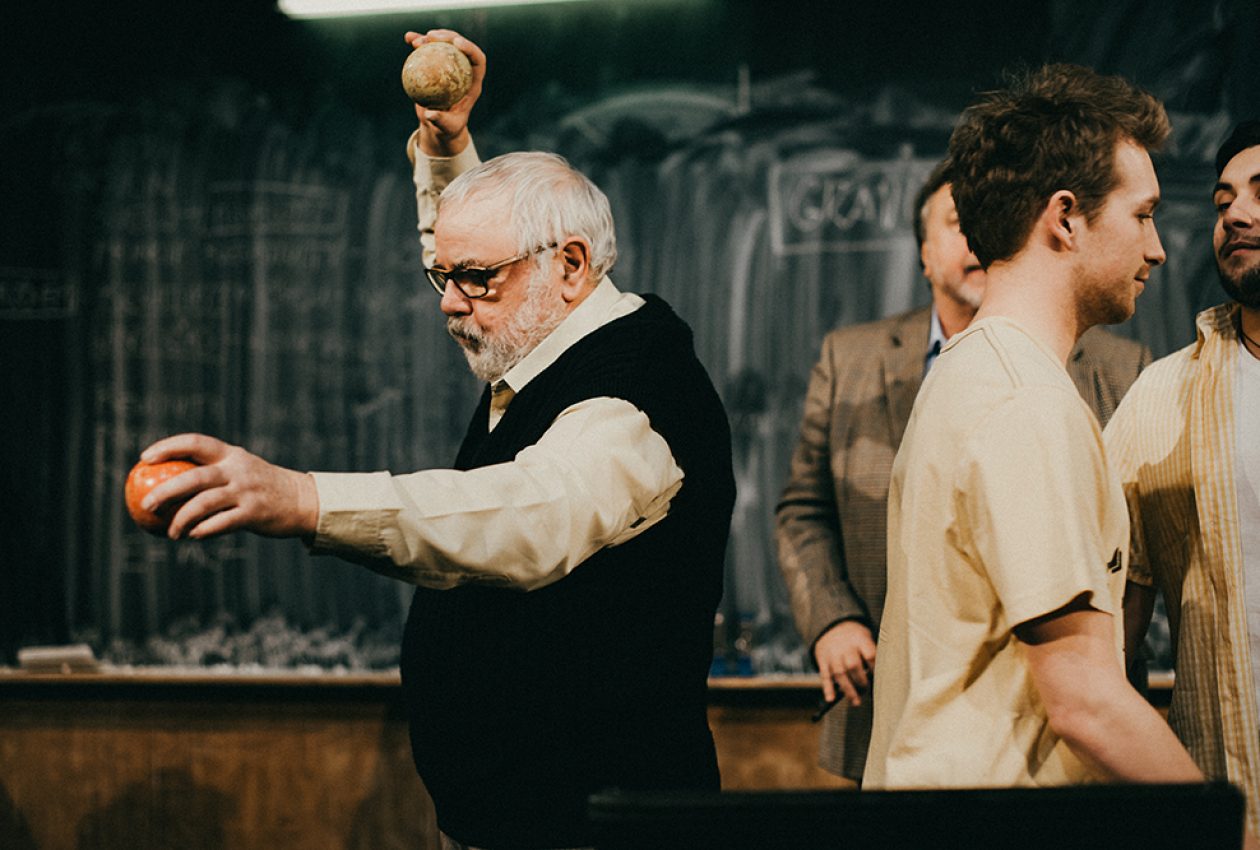 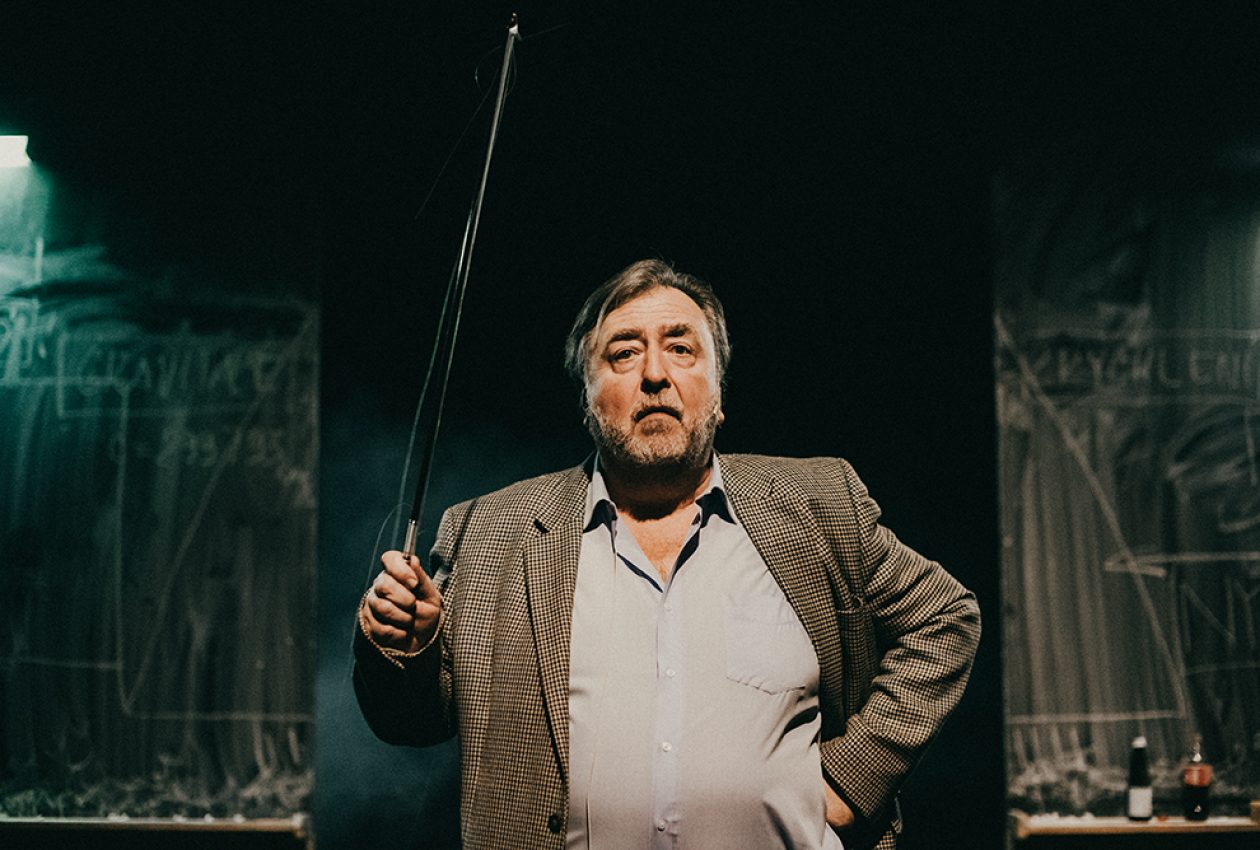 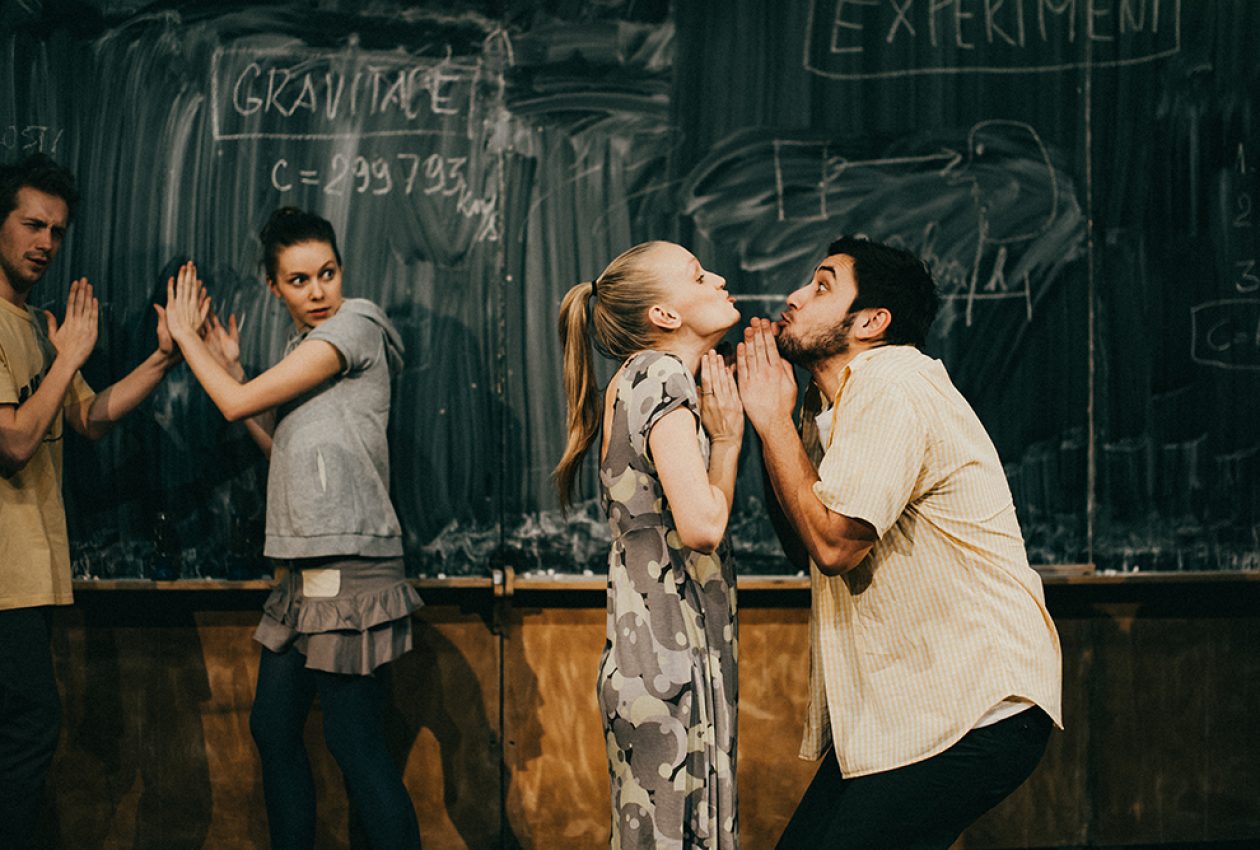 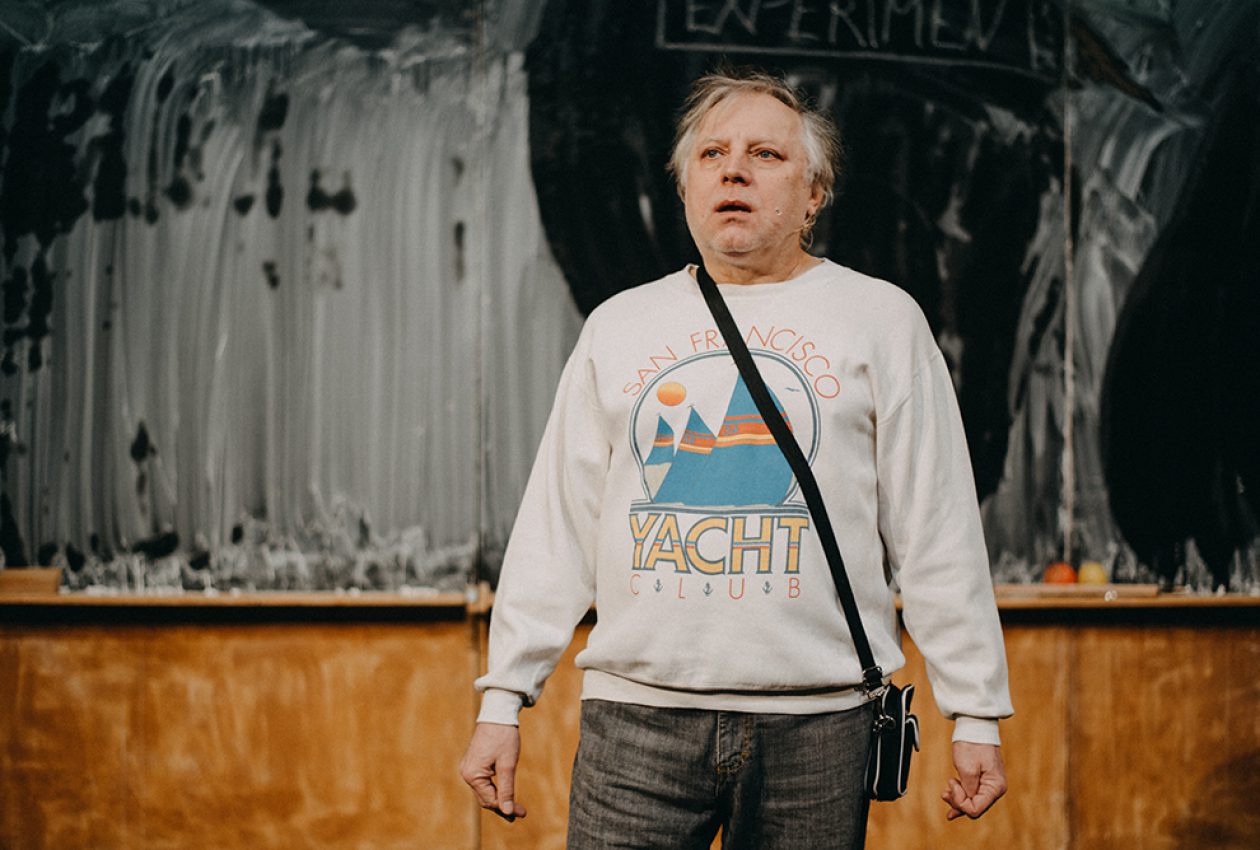 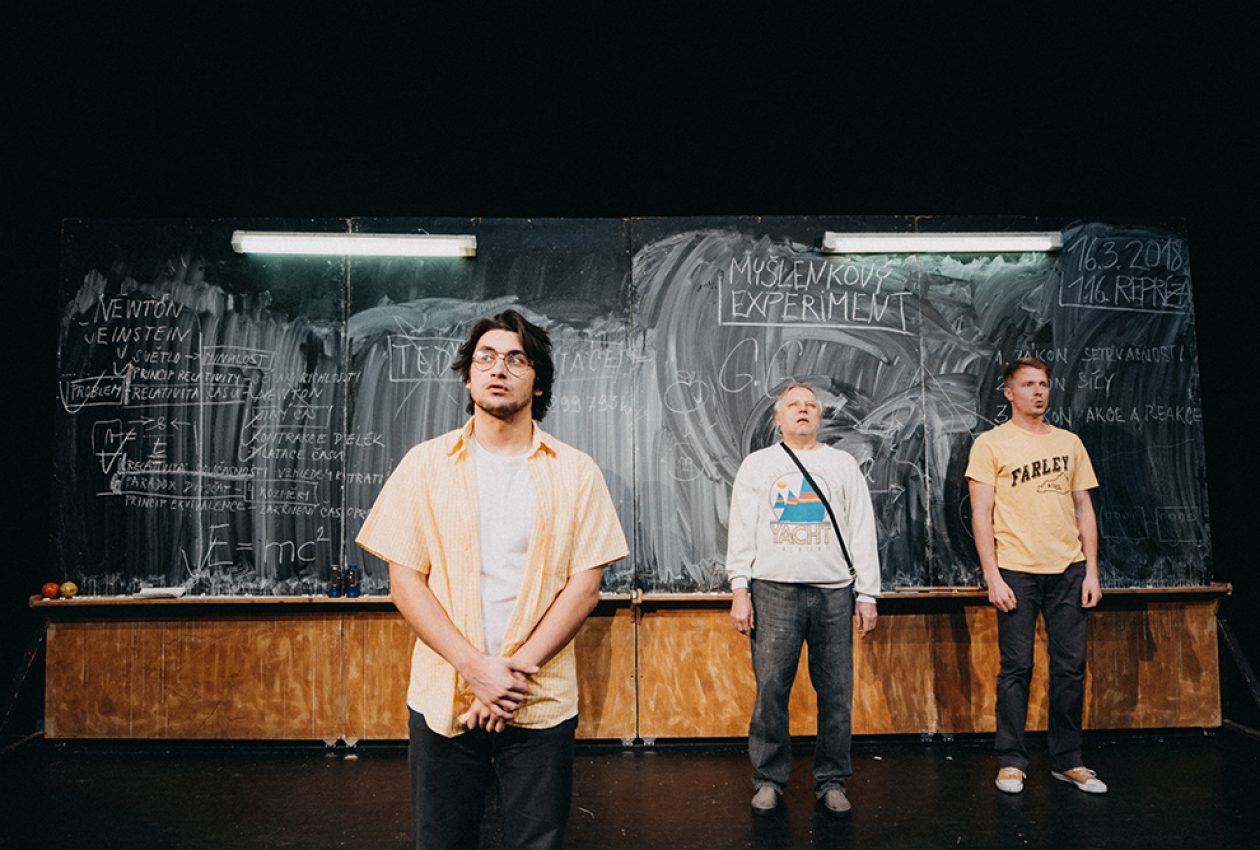 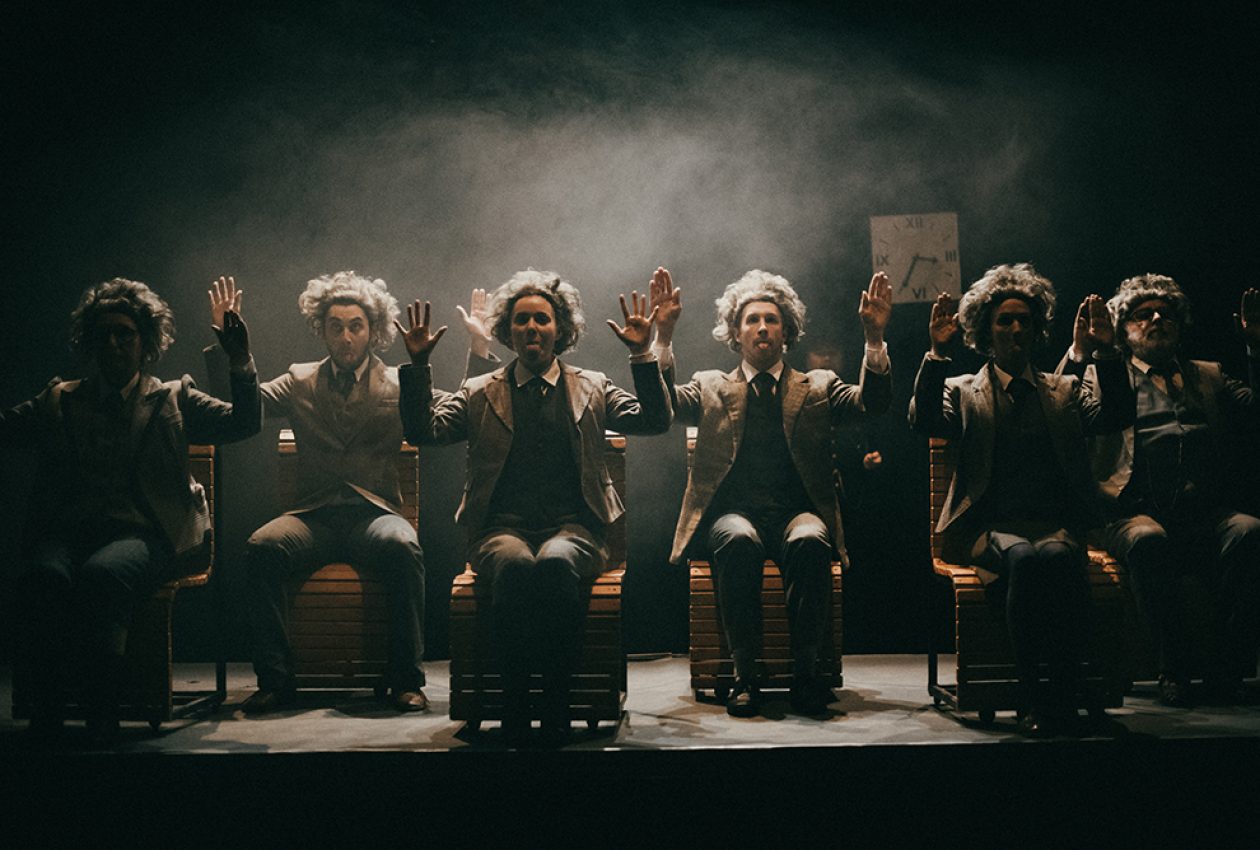 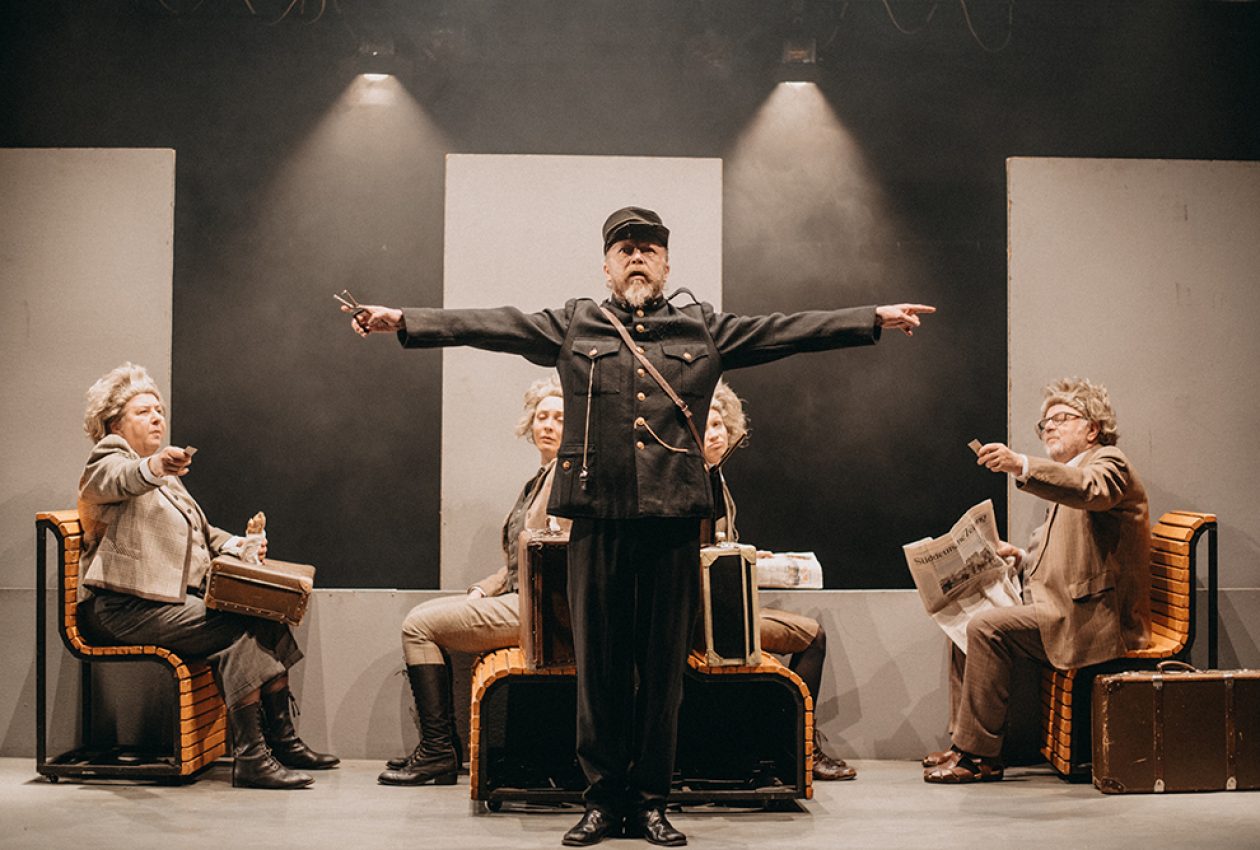 Today’s cult production by director Jiří Havelka and HaDivadlo is inspired by Einstein’s theory of relativity and the ‘thought explosion’ it engendered. This playful stage experiment humorously demonstrates what Einstein’s discovery means in practice for the space and time we live in, and therefore, for each of us.

During a lecture, the theory might seem clear, but in the everyday reality, where everything moves, and everything that moves affects all other movements, the whole thing becomes rather complicated…

The never-ending contest between motion and time begins NOW! Lovers have missed the train. Bikes are being stolen, as are peoples’ snacks and suitcases. Hasn’t the train perhaps been delayed? Everybody’s running around. The victim is catching the thief, but, hang on, isn’t the thief catching the victim? And where is this train actually going? Is it going to Zurich? But what if it’s not going anywhere at all? And what if, in the end, Zurich arrives at the train? And won’t Zurich be late?