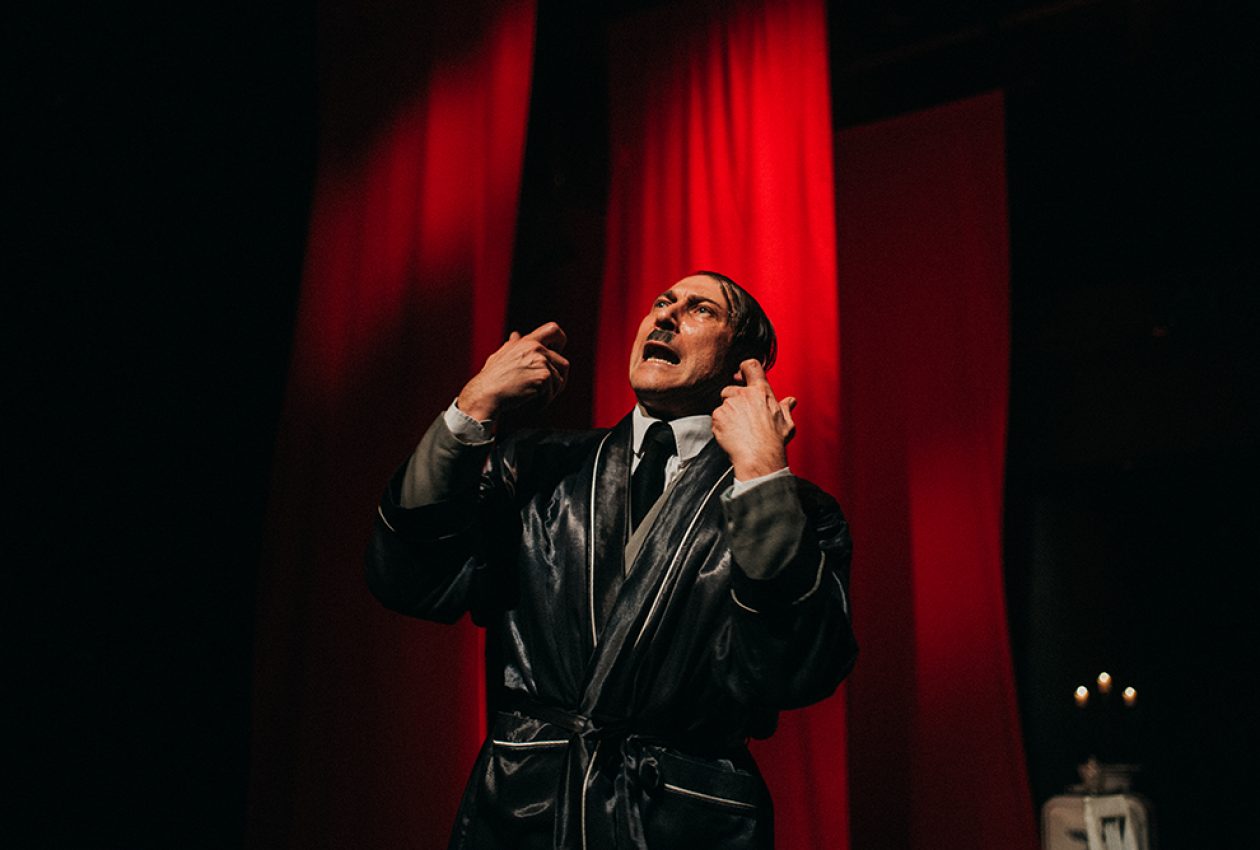 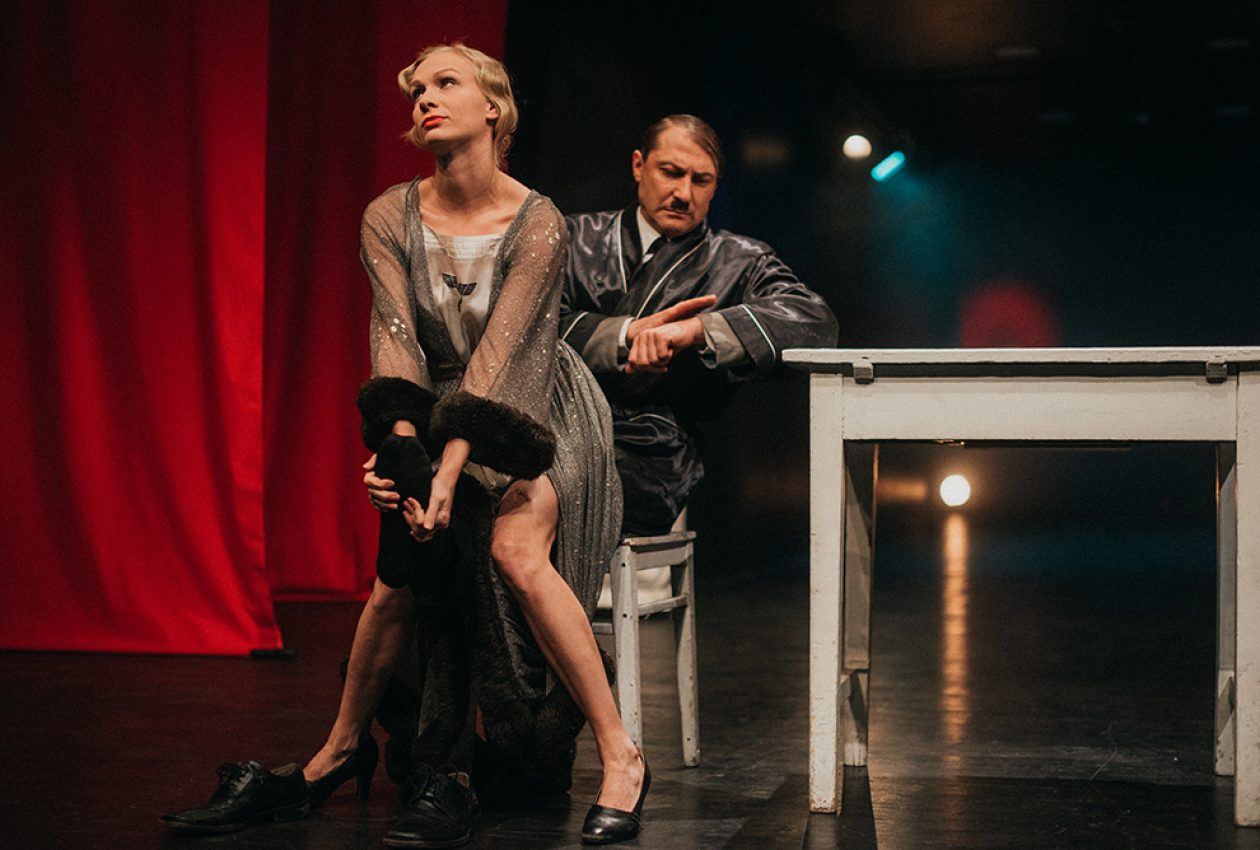 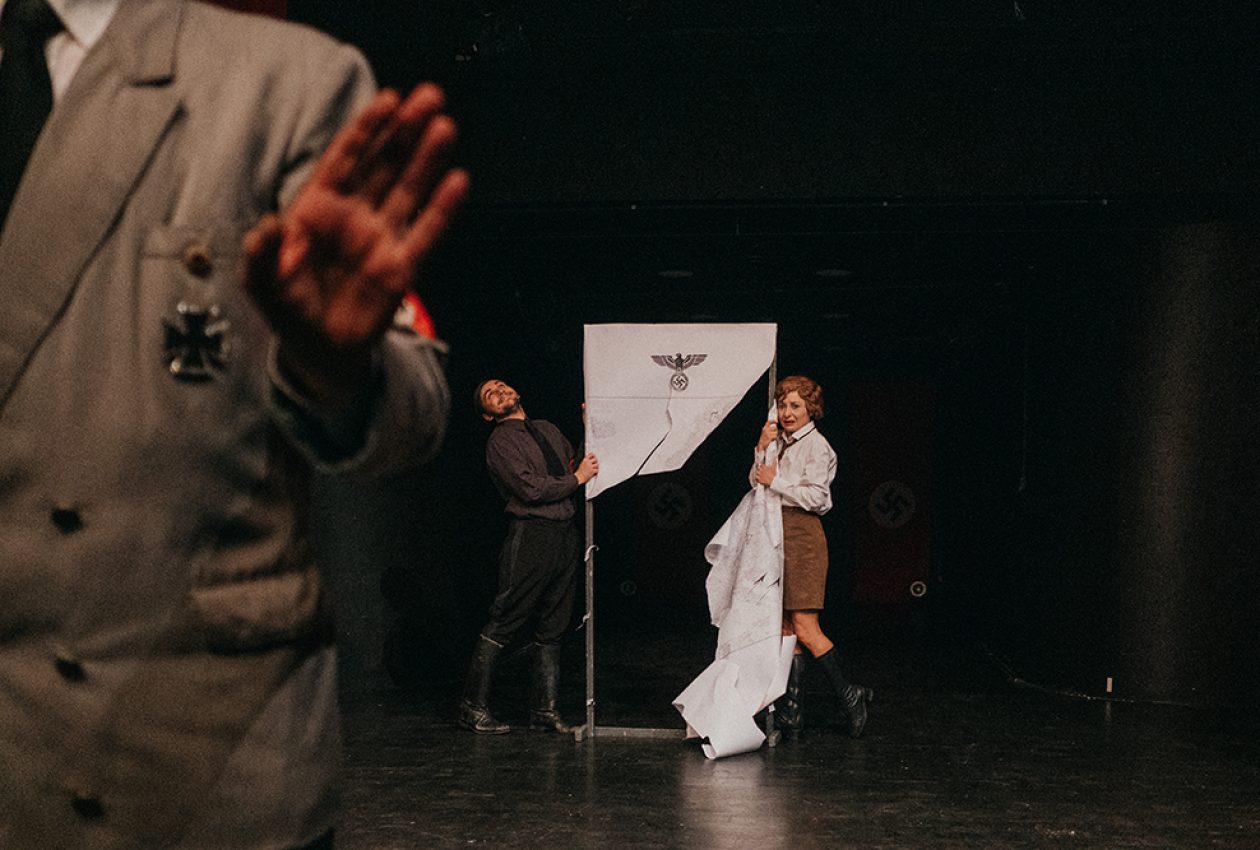 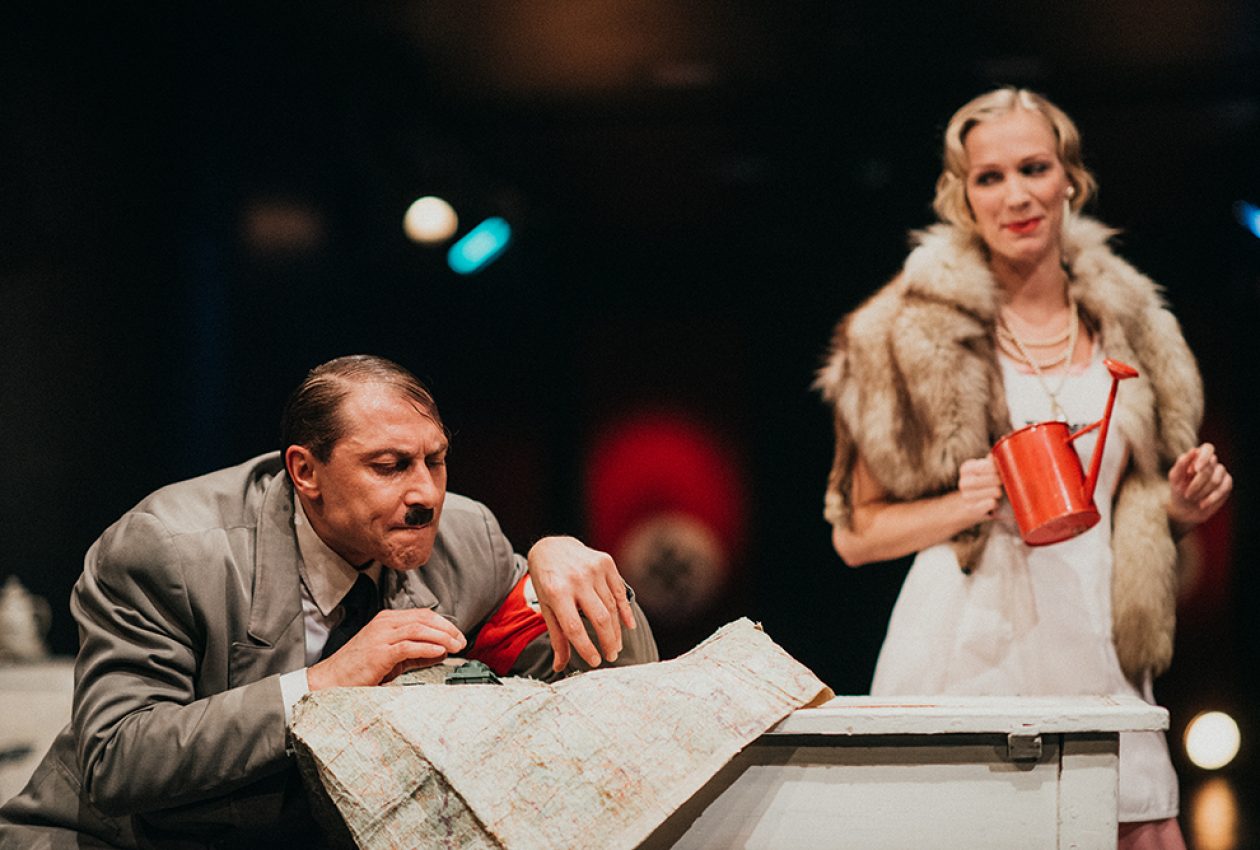 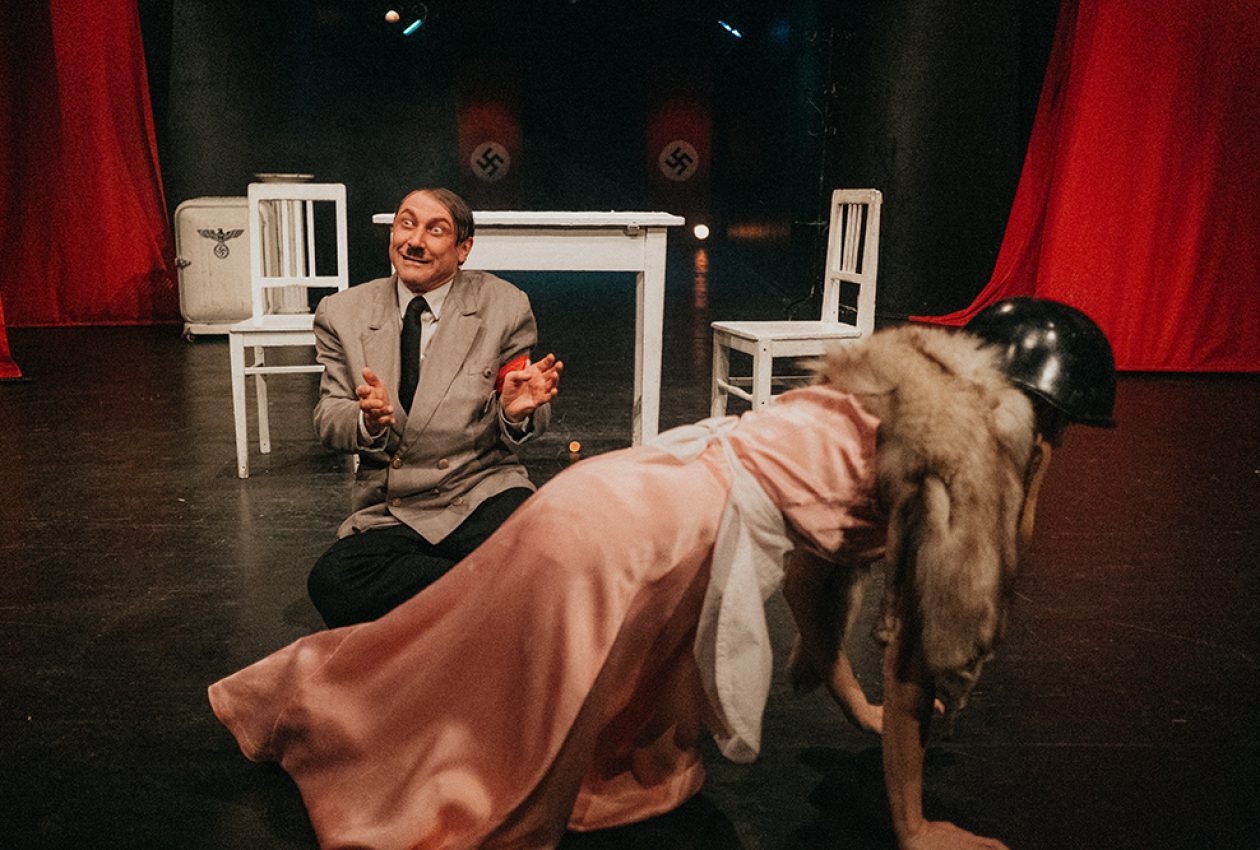 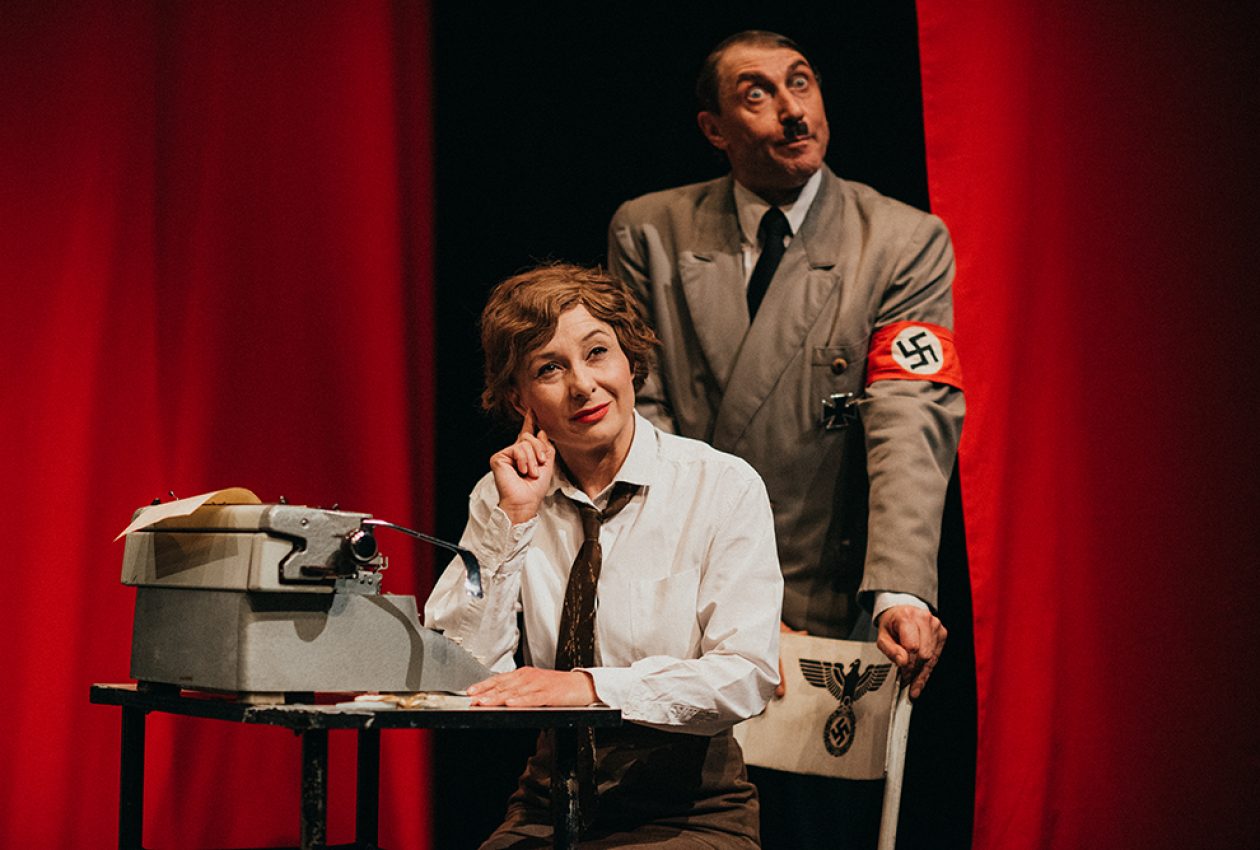 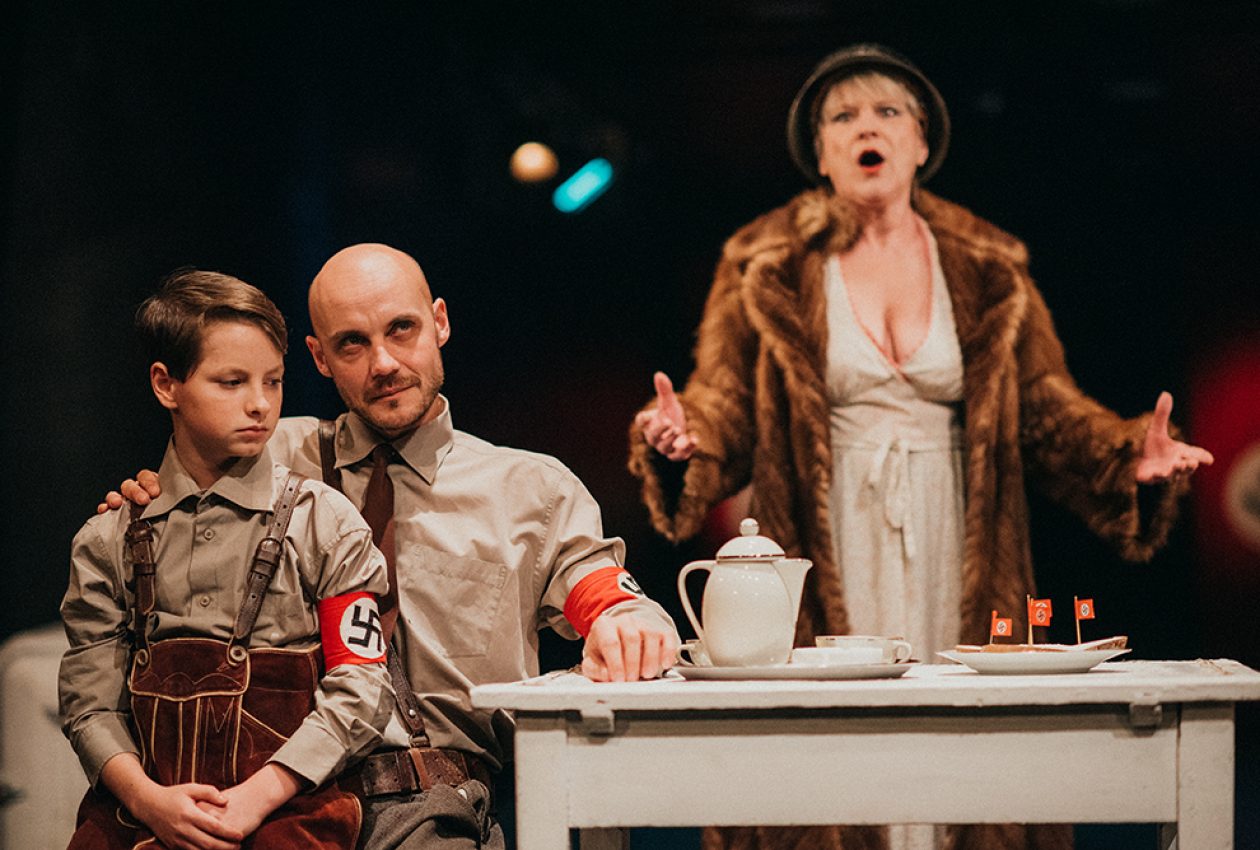 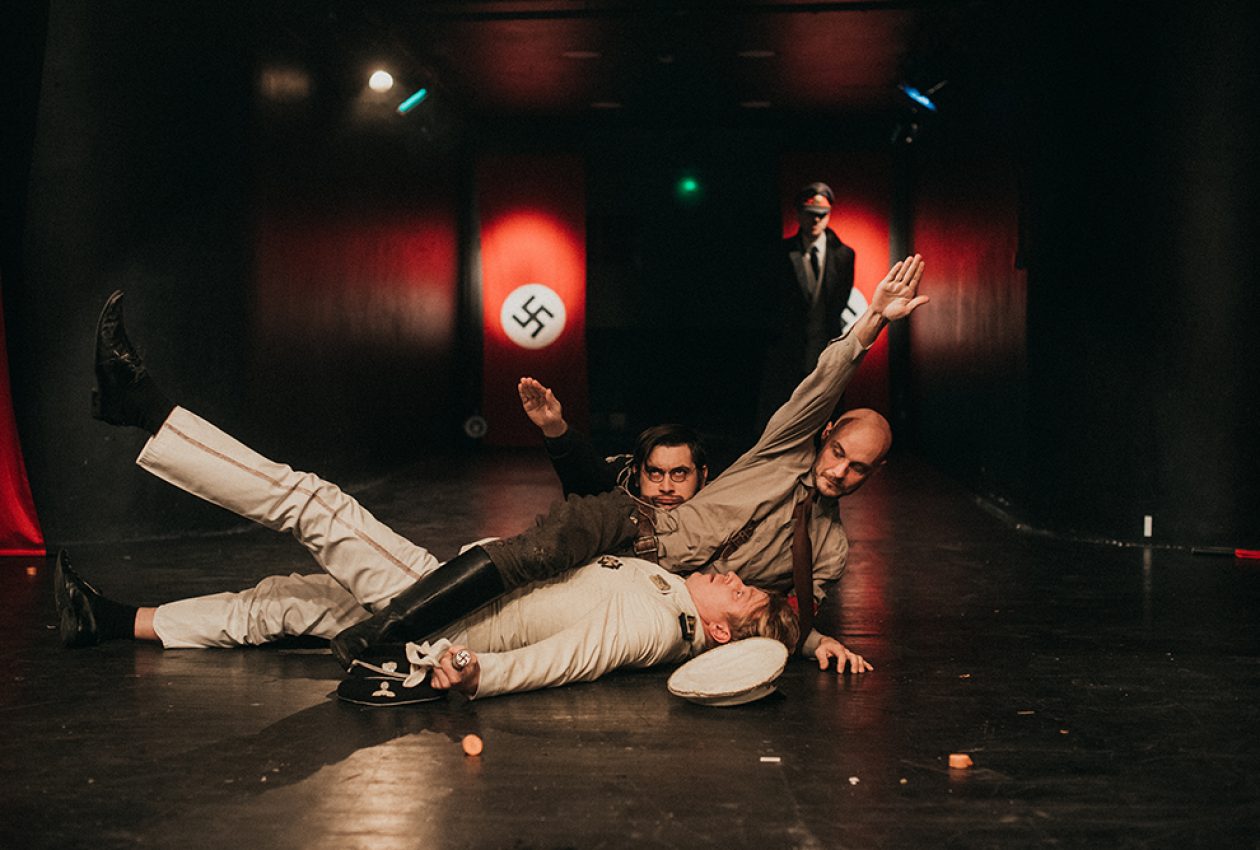 “It could be that a momentous history began at the station in the city of Brünn...”

Arnošt Goldflam, director, playwright and long-time member of HaDivadlo, is once again back among his own people! Goldflam’s sarcastic comedy depicts the greatest criminal the world has known, beginning with his rise from failure in his exams at the Vienna Academy of Fine Arts and culminating not with his downfall, but with an ironic imaginary escape to South America. Contrary to expectations, the individual scenes from the life of the Führer do not take place in meeting rooms or crowded halls, but in private. The scenes from ‘Hitler’s Kitchen’ are full of grotesque and liberating humour, exaggeration and imaginative situations, which playfully combine fragments of reality with the author’s ironic imagination. It has become a legendary HaDivadlo production, in which the unmistakable Petr Jeništa excels in the leading role.